What's in a Name? Millions!

When US President Trump altered his public address to the press by replacing the word ‘Corona’ with the word ‘Chinese’, he was not (just) having another OK Boomer moment of epic proportion. Nor, as he explained, was he merely saying a fact. No, his intentions were far more calculated – he had engaged in a monumental ‘Game of Blame’.

WORDS ARE POWERFUL CARDS TO PLAY, AND THIS IS A GAME OF HIGH STAKES. Without dismissing the need for accountability – as everyone and everything is now due for one ‘right royal inquiry’– yet, hopefully, we will not be enacting our ‘normal’ practice of culpability followed by retribution. Normal, would be the continuation of the woeful outcome of the G20 Summit of late March 2020, where the group was unable to issue a joint statement because the US insisted on calling the Coronavirus the “Wuhan Virus.”

This type of behaviour mirrors that practised the last time something of this scale and nature happened, just over one hundred years ago. In a satirical turn of events, in November of 1918, Spain, having managed to remain neutral throughout World War 1 and free of any wartime censorship, openly reported an epidemic sweeping across an already ravaged Europe. Inadvertently, this gave rise to the outbreak being referred to as the Spanish Flu, especially by the United States press. Nations pointed fingers at one another. Spain called the virus the ‘Gripe Francesa’, certain it was brought over from France. France naturally blamed Germany, going as far as insinuating vengeful germ warfare. Germans called it the ‘Russian Pest’. And the Russians dubbed it the ‘Chinese Flu’. Meanwhile, Spanish officials vehemently repudiated any claims that the illness was a “Spanish disease”, adding that if Americans didn’t take care – “the epidemic will become so widespread throughout the United States that soon we shall hear the disease called American Influenza.” 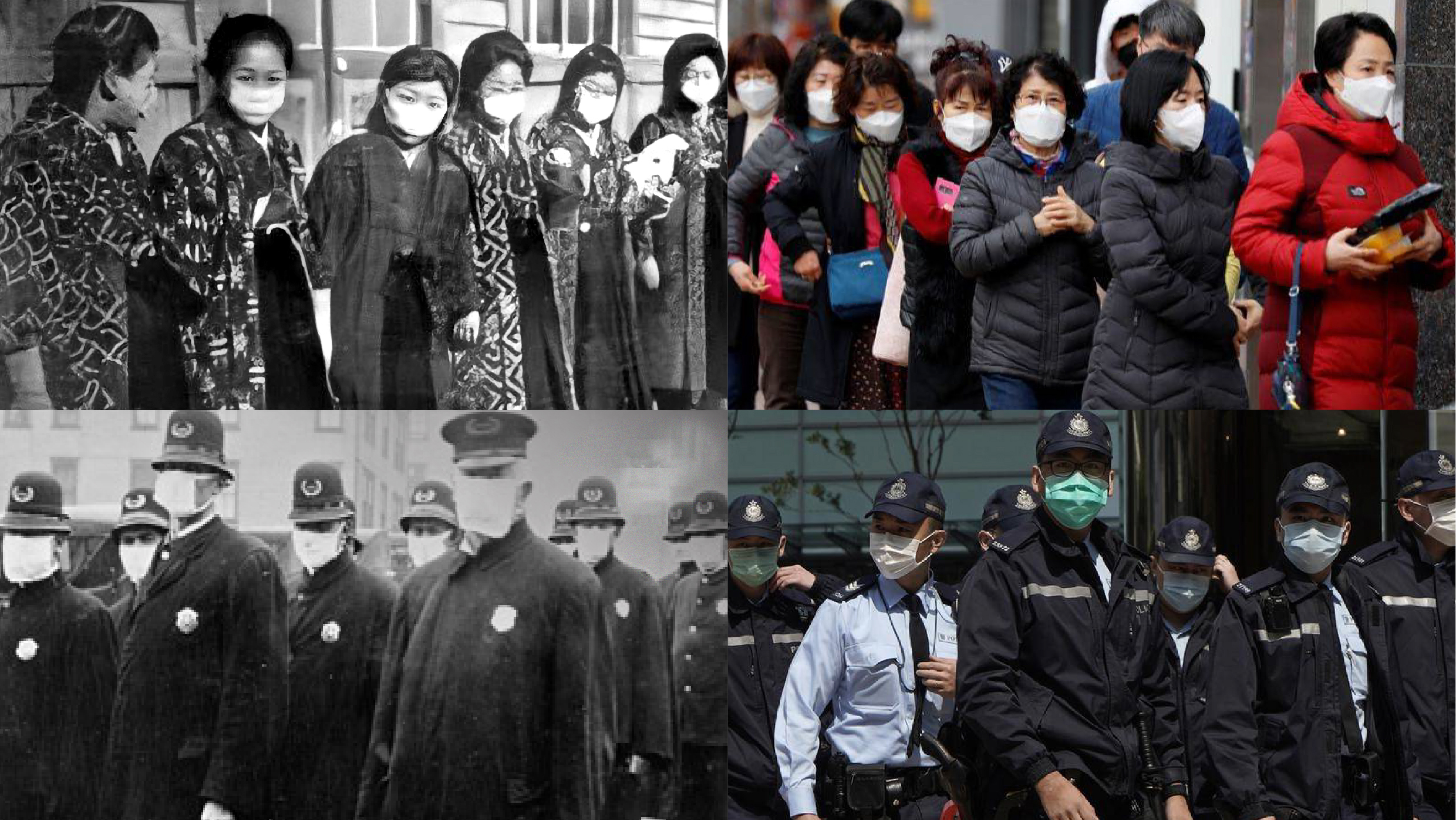 Professionally, the naming of things usually follows a systematic procedure, referred to at times as ‘signature language generation’. The process begins by identifying a set of attributes, which overall define the category in question. This ensures the ‘words’ have a contextual point of reference. Then, to officiate with a more specific function, a set of characteristics are determined; words that imbue and reflect pertinent values. In a non-formal, intuitive way, we all go through this process when naming our children, our pets, or even intimate anatomy. And, interestingly, even the naming of brands for consumer goods or multinational services alike, is a ‘personal exercise’. For, no matter how rigid the process or whomsoever is driving it – those with most at stake, do indeed shape the outcome.

In the case of naming the current pandemic, the task befell upon the level-headed scientific community; specifically, the International Committee on Taxonomy of Viruses (ICTV), for the World Health Organization (WHO), following guidelines developed with the World Organization for Animal Health (OIE) and the Food and Agriculture Organization of the United Nations (FAO), per the International Classification of Diseases (ICD). Inevitable that we would end up with an acronym!

The scientists had as their’ point of reference’, the context of ‘healthcare’. Broadly, diseases are named to enable discussion on disease prevention, spread, severity and treatment. Having no political agenda of their own, instead are charged with the onerous obligation of being politically neutral. Nor were they swayed by any commercial demands or expectations. And yet, the economic impact of their decisions has been seismic.

Remarkably, the ‘specific characteristic’ setting the agenda for the scientists was ‘universally inoffensive comprehension’. WHO stated that “selecting a name matters to prevent the use of other names that can be inaccurate or stigmatizing”. Furthermore, WHO explained: “From a risk communications perspective, using the name – ‘Severe Acute Respiratory Syndrome Coronavirus 2 (SARSr-CoV-2)’ as the name of the new virus can have unintended consequences in terms of creating unnecessary fear for some populations, especially in Asia”.

Therefore, their ‘language generation process’ ruled out probable zoonotic disease sources, as is the case with Avian Flu or Swine Flu. H1N1 being labelled Swine Flu is a good example of noted inaccuracy – as it is originally a human virus transmitted to pigs, and eventually back to humans. Much to the displeasure of certain political forces, the scientists steered away from place-naming, such as the infamous Spanish Flu and MERS (Middle East Respiratory Syndrome). Left in the hands of histrionic-bent media, the likes of Bovine Spongiform Encephalopathy becomes – ‘Mad Cow Disease’.

Although the consequent name references a date, it does not commandeer a point-in-time in the manner that ‘9/11’ does. No doubt, the good folk at Anheuser-Busch InBev are pleased for any deflection away from the much-loved Corona Beer. Perhaps La Cerveca Mas Fina will enjoy a rebirth as the valedictory beverage of choice.

Decidedly ‘practical-minded,’ the naming process undertaken by the scientific administrative forces also showed deft ‘abstract thinking’. Words are affected by actions and opinions; conversely, they possess the ability to shape opinions and actions. A sardonic irony being; bats are considered ‘bringers of happiness’ because the Chinese word for ‘bat’ ([bian 蝙]fú 蝠) is a homophone for the term ‘good-fortune’ (fú 福).

Now firmly entrenched in the social psyche, COVID-19 does not mark the end of the ‘Blame Name Game’. All the words around the crisis are loaded with potential volatility. It is easy to imagine Mike Pence spending the bulk of his prayer time (along with practicable support from the startlingly guileful Jared Kushner) yearning for the eventual ‘medical solution’ to emanate from a US-based stalwart pharmaceutical company, heralding the triumphant catchphrase along the lines of; ‘Problem Made in China – fixed by American Made’.

1 :to assert or affirm with confidence
2 :declare in a positive or peremptory manner
3 :to allege as a fact (Law)

This is who we are, we believe in this,
and we’re going to tell you all about it. 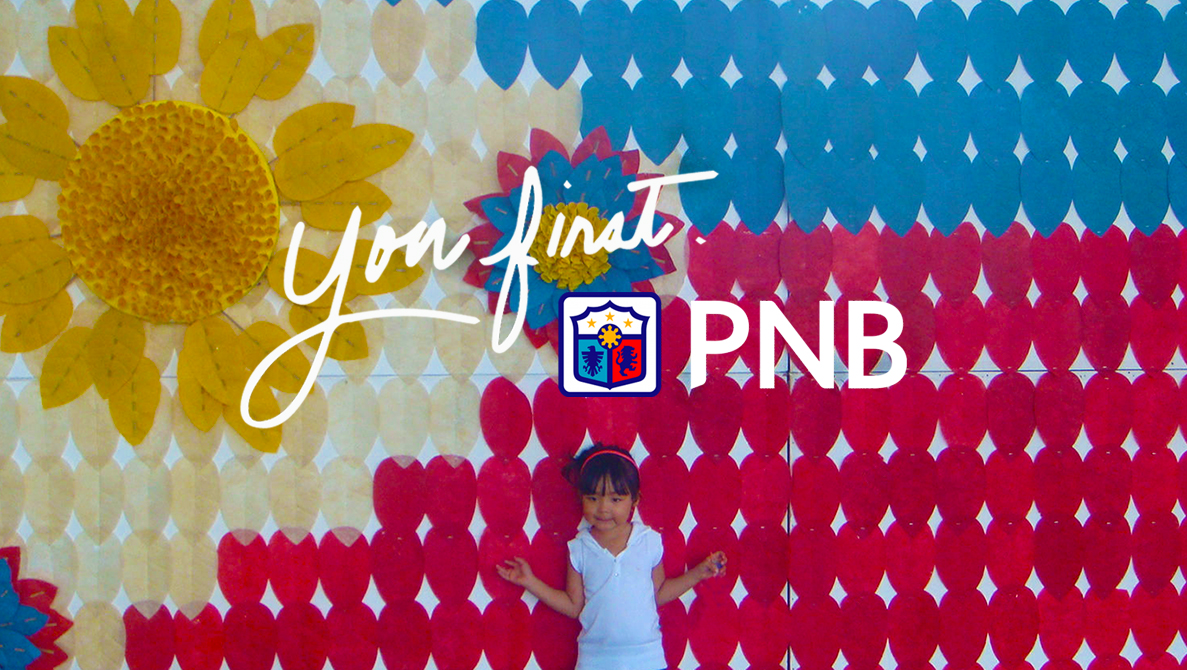 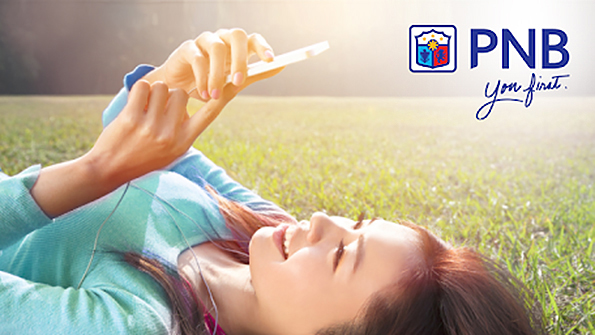 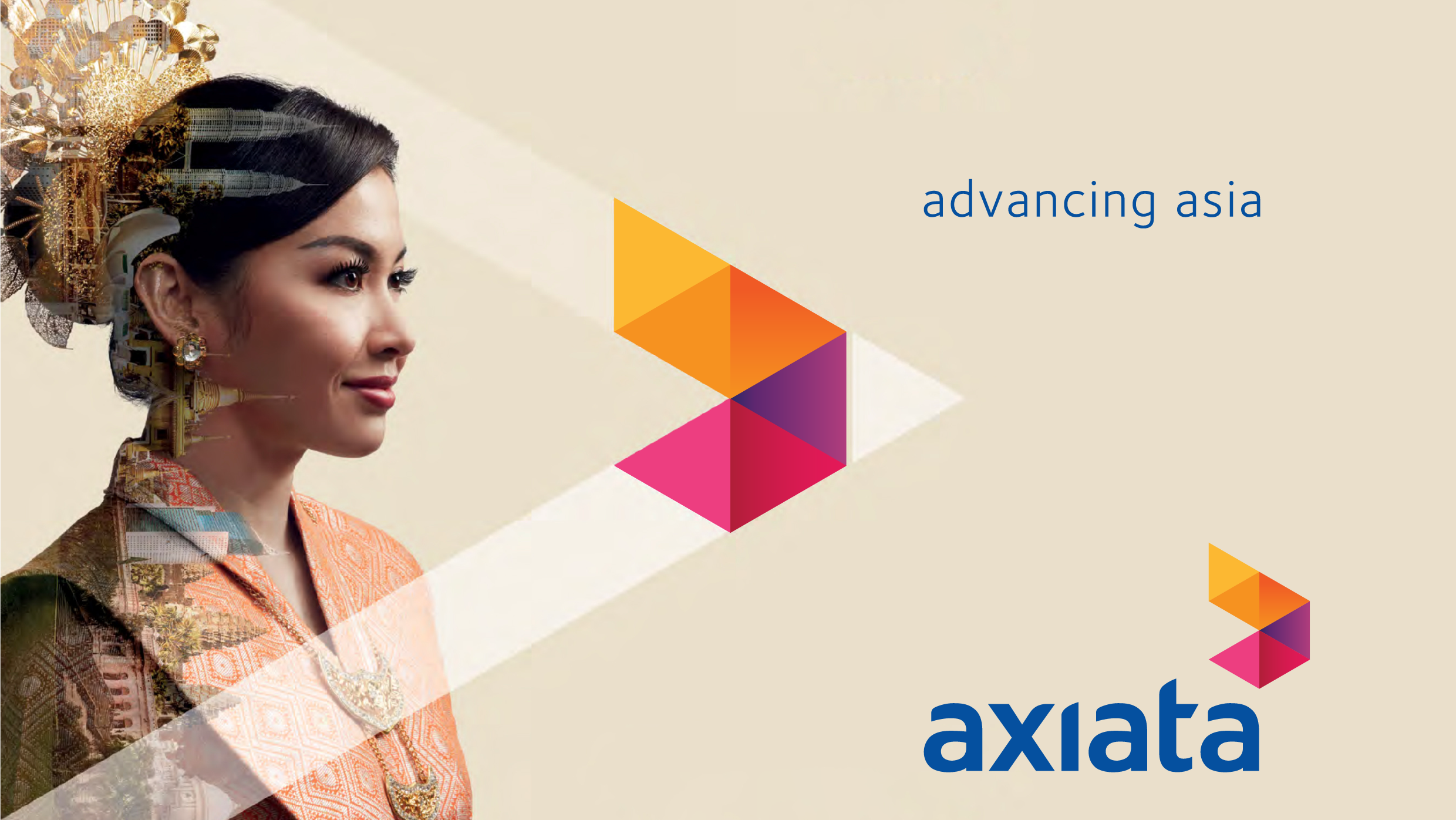 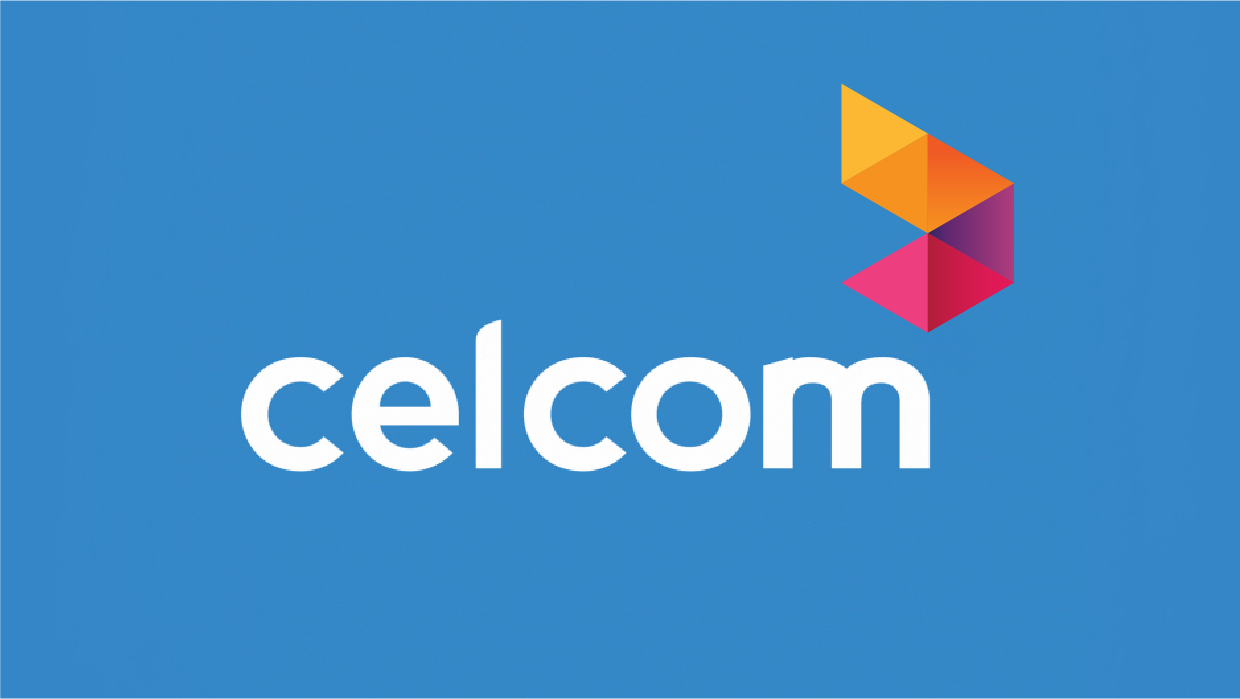 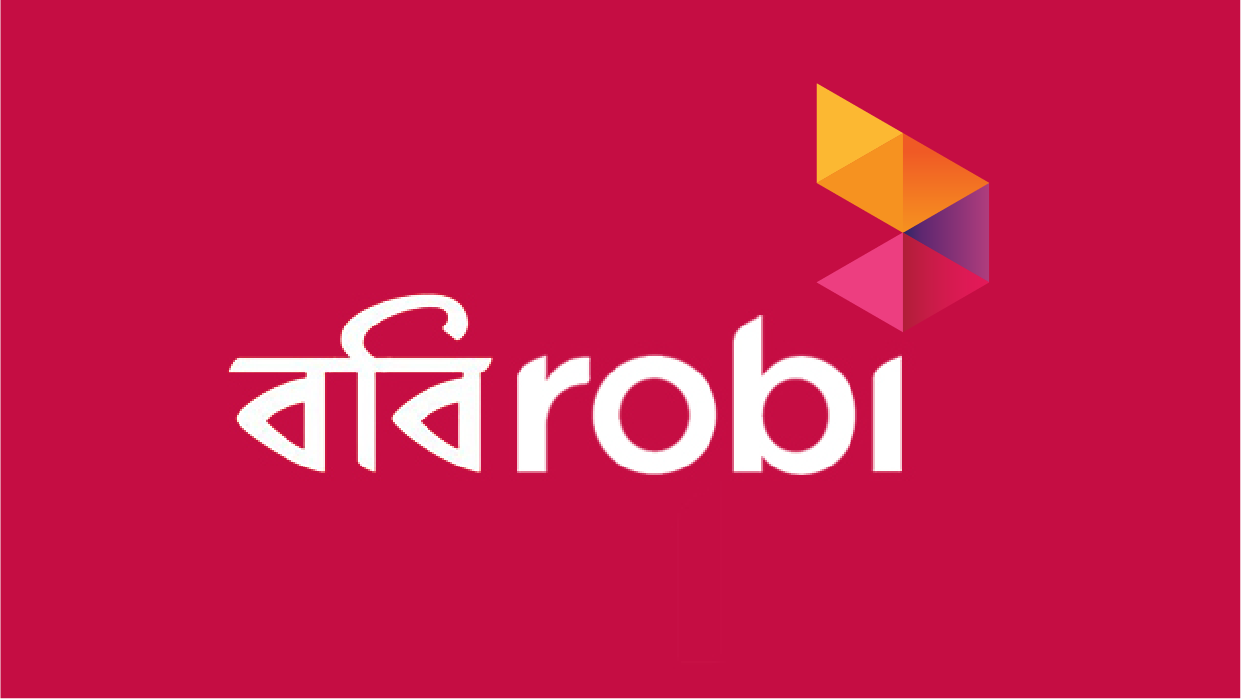 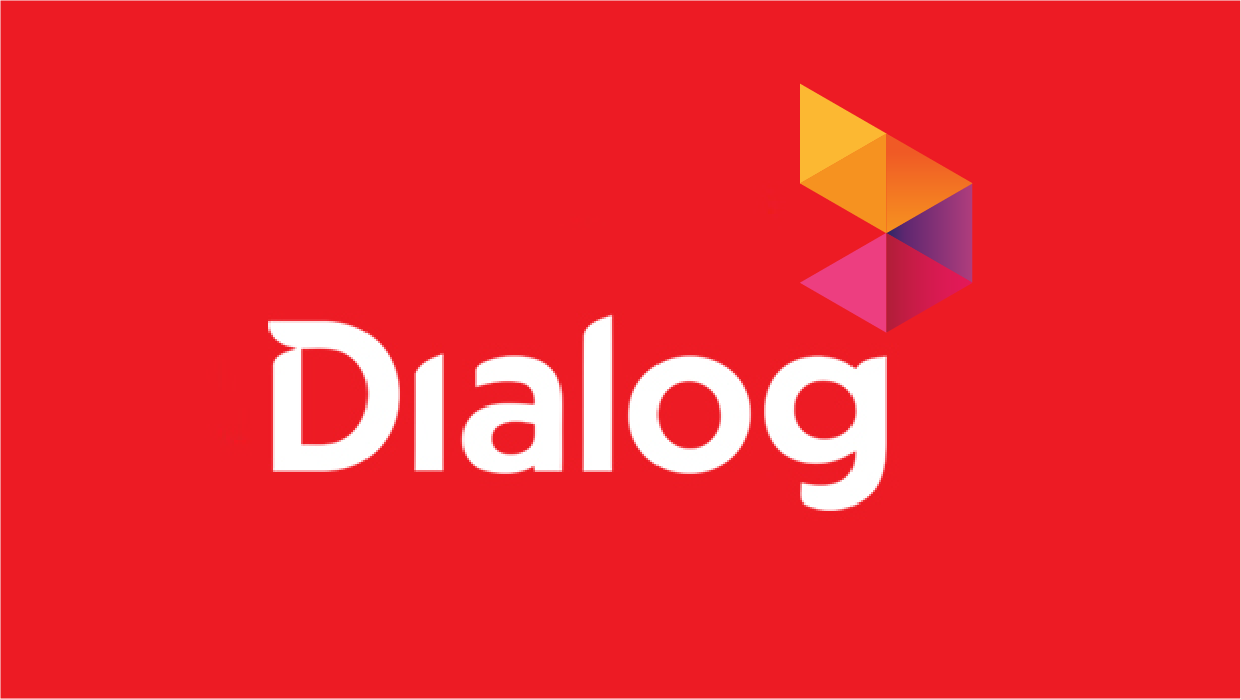 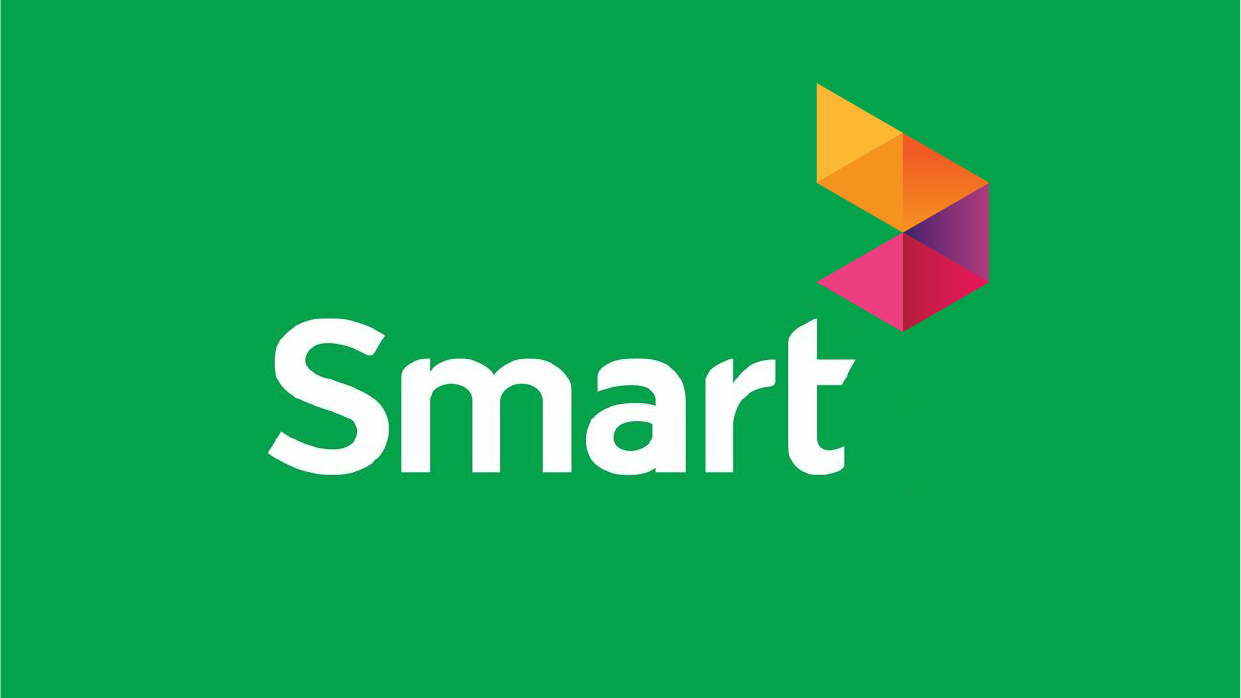 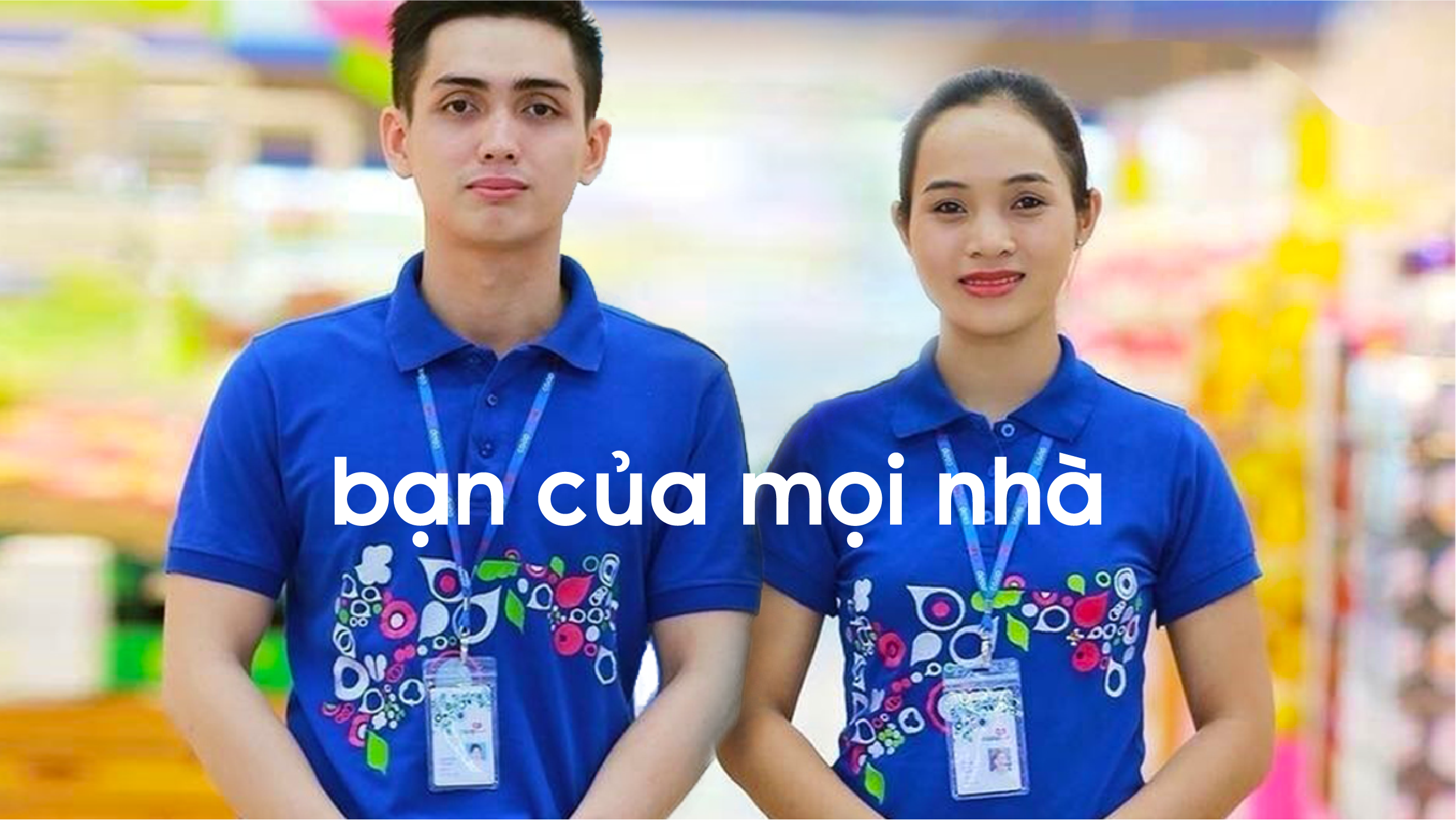 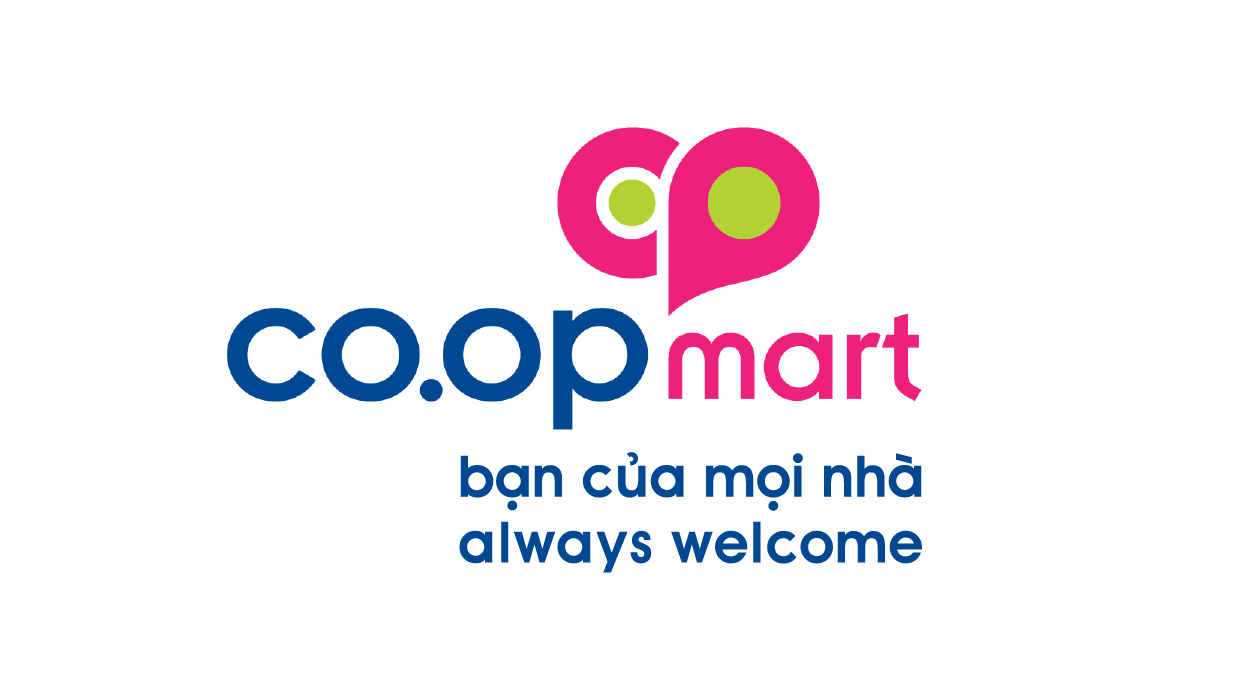 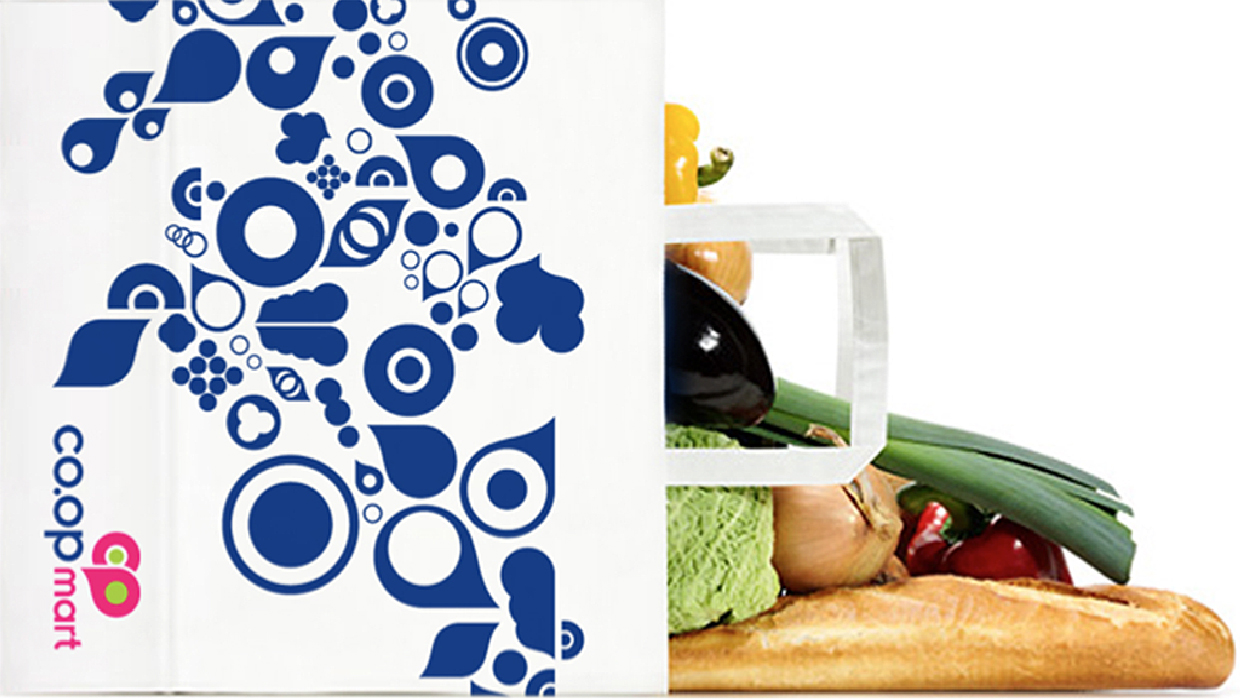 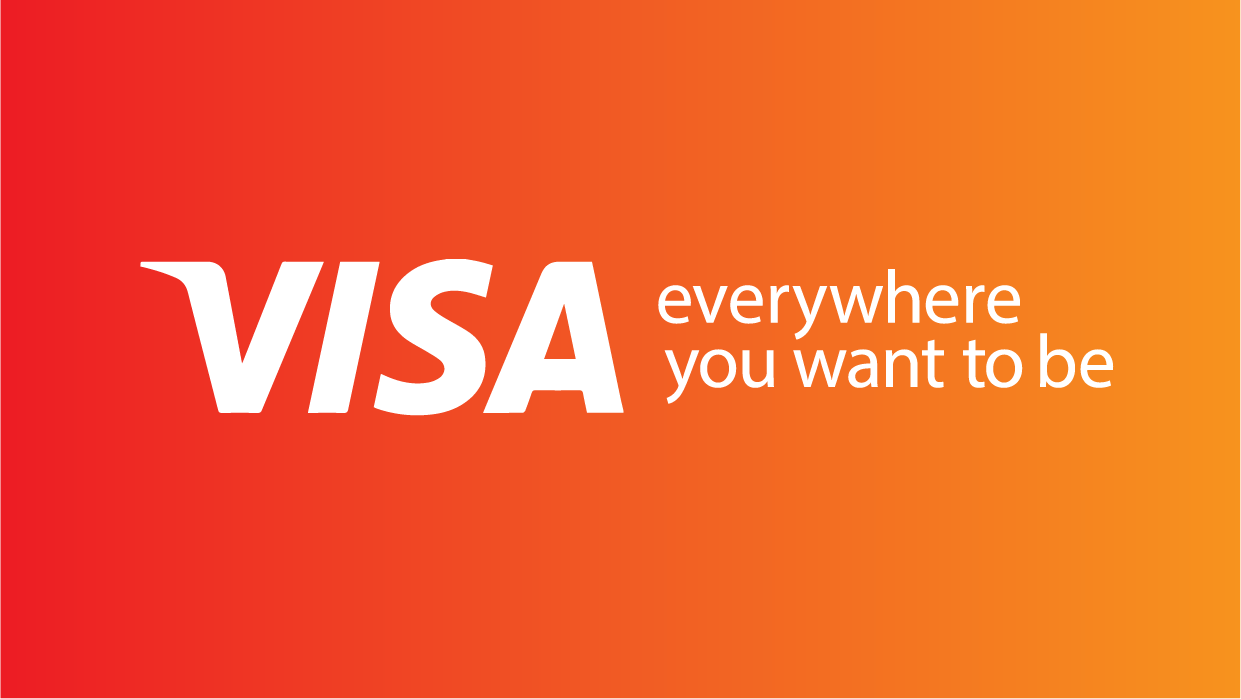 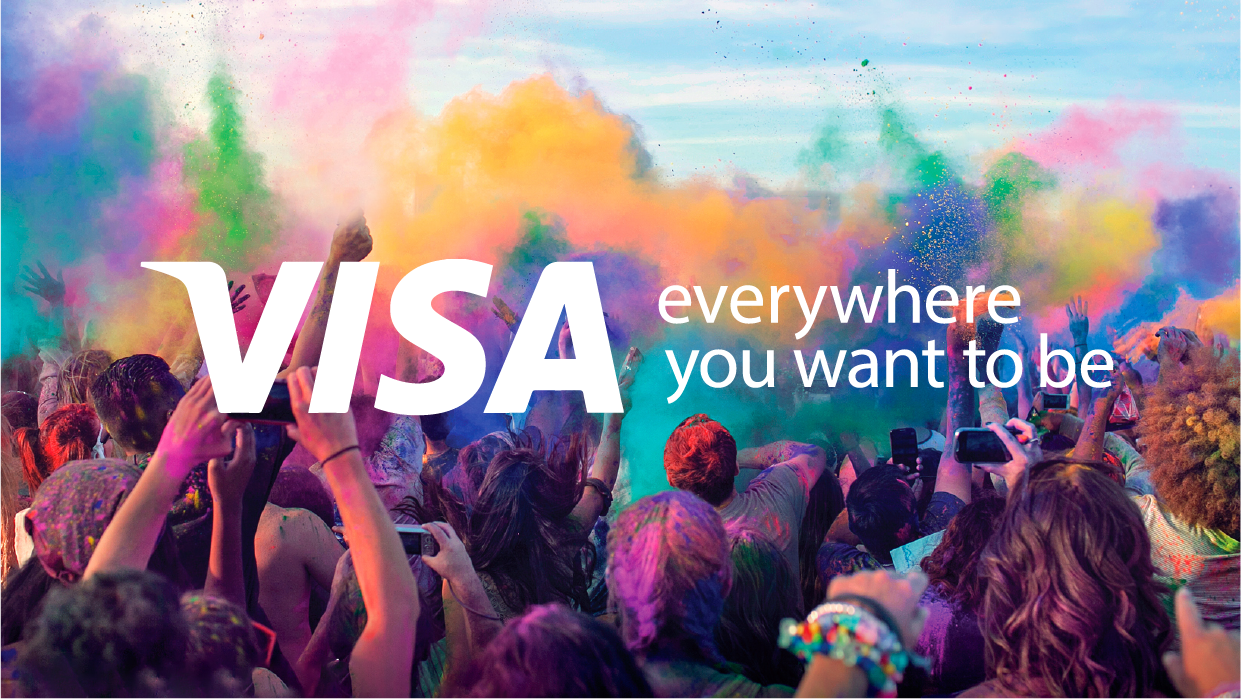 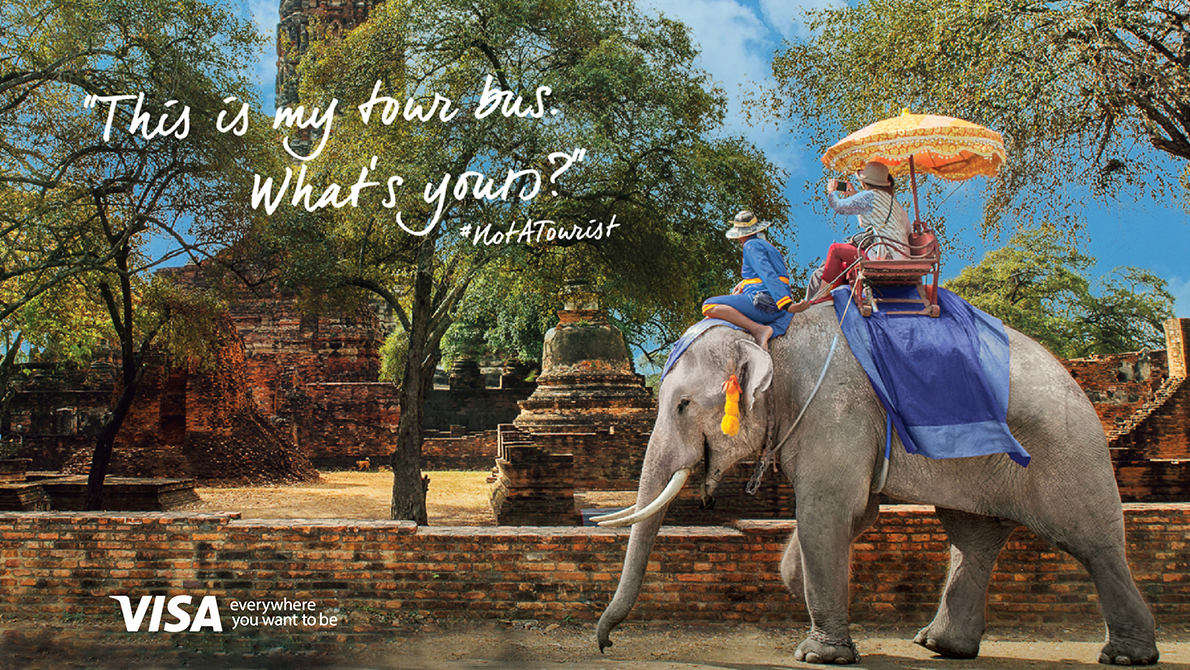